You want to buy LOTUS-Simulator? This is the way to the Steam Store! 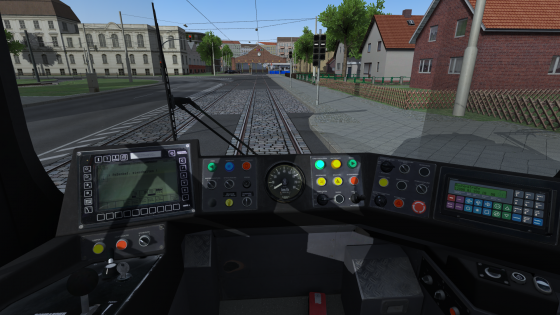 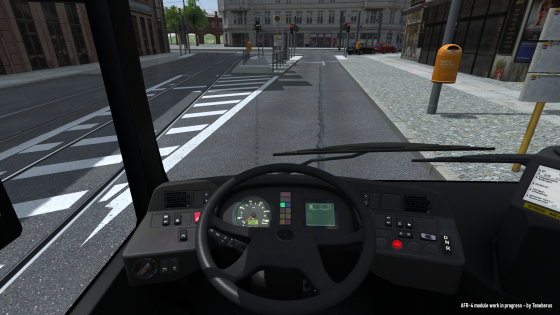 LOTUS - that's the promising new development to appear on the market. For the first time different means of transport will be simulated in a single game: O like Omnibus, T like Tram, U like Underground, S like Suburban Train.

The player forgets about the virtuality of the vehicle! This aim will be achieved by a very high grade of realism - of course concerning the graphical and acoustical rendering, but also by the highly precise physics and a comprehensive and the prototypical technical equipment of the vehicles. Thus even the set up of a vehicle becomes an adventure!

But LOTUS captivates with its open system, as well! The creative one will be able to create independent routes and maps with the Map Editor and to extend the available vehicles, buldings, signs and other objects with his own creations with the Import- and Configuration Tool - and to upload his achievements and offer it to other players. The player benefits from it and will be able to choose something new between the constantly growing scope of maps and vehicles.

We ourselves are developing LOTUS vehicles and routes in Berlin, starting with the tram line M1 and the corresponding articulated low-floor tram GT6N. 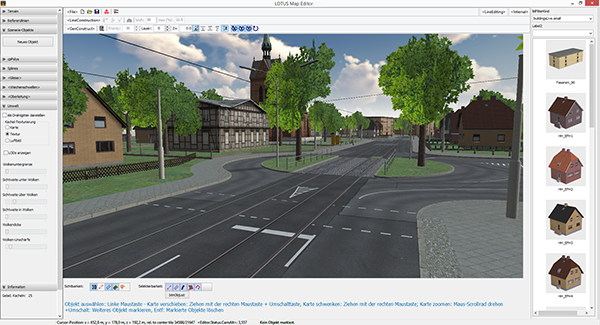 Creating fanciful worlds and real routes - when aiming to extend the world of LOTUS, the Map Editor goes into action. Providing many tools, assistance and some ingenious ruse, mountains are moved, embankments planned, tracks installed and streets tarmacked. Afterwards, the scenery is shaped and decorated with buildings, trees, street lights, stops, benches, fences and much more, where one can resort to standard content we delivered with our maps, as well as objects that were created with the Content Tool. Last but not least, to breathe life into the map, AI paths, traffic light circuits and timetables are set up. Of course the proud creator of the map is able to upload it to the internet and provide it to other players, as well. 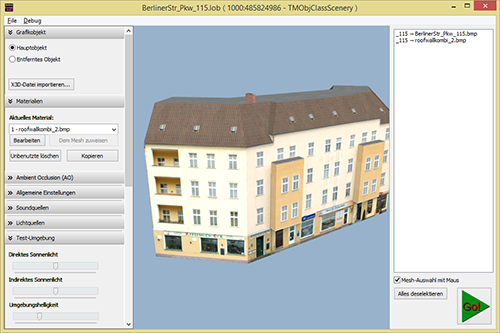 Those who are not satisfied with the creation of an own map and those who are looking for a new challenge, are able to create own 3D objects using Blender and import them to LOTUS using the Content Tool with only a few clicks. Afterwards, the Content Tool provides comprehensive capabilities to configure the object, beginning with material properties and ending with complex animations.

But the Content Tool is also on everybody's command, who ventures on the creation of an own vehicle. Not only the graphical design, but also the physical and sound design as well as import and debugging of the scripts are accompanied and supported by the Content Tool.

Tinkerers and hobbyists of which do not want to use keyboard and mouse only, the plugin interface offers the ability to connect the "inner world" of LOTUS with the real world. A hobby programmer will be able to develop a simple DLL file which communicates with LOTUS on one side and with appropriate soldered hardware on the other side. The creativity is not limited! Starting with a tinkered switch bar up to a true to original driver's desk including wired ticket printer and a working station display!

The developer of the payware addon "Hamburg '78" shows in one of his workshop videos how you can steer your crank tram with a ForceFeedback steering wheel - even including springs and detents:

Of course LOTUS does not come in without any maps and vehicles! So, what with and on what route one will be able to drive instantly after installation of LOTUS?

Berlin is our home - and what is more obvious than to start here with content development? At least Berlin is world-famous for its rock-solid and overly pleasant citizens, for prescient financial policy and last but not least for its outstanding traffic policy, above and under the earth, at ways, streets and tracks and of course even in the air.

At first one will be able to drive the tram line M1 from the centrally located Hackescher Markt through the "Prenzelberg" and Pankow far to the north to Niederschönhausen. By far one will not be able to back down on its own track, but to stand up to the feisty automobile traffic.

The first bus line in LOTUS will be line 100, which leads from the infamous Zoo rail station past the Kaiser Wilhelm Memorial Church and the Europa Center through the West-Berlin heart and then through the Tiergarten with the beautiful victory column ("Siegessäule"), Bellevue castle and to the Brandenburg Gate. Not leading throughout, but past the Gate, it leads past the Reichstag (German parliament) and via the boulevard "Unter den Linden" to the Alexanderplatz, the East-Berlin heart, where one can gaze in amazement of the TV Tower ("Fernsehturm") and the Rote Rathaus.

Modern but also some years in service - our tram, the GT6N presents itself: low floor, with wheel slip protection and equipped with an electrical ramp, with clear instruments and a quite arbitrary axle arrangement, which assumes a certain seaworthy-ess. The modelling of that tram in our simulator is kind of satisfiable, we think: 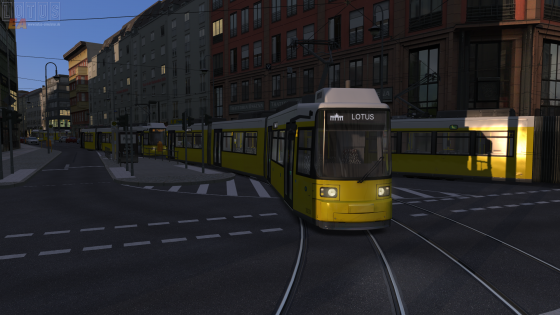 In this picture the LED Matrix White + Amber from the Workshop have been used.

Of course our first bus is a double decker - we are in Berlin!

It's the MAN Lion's City DD / MAN A39 ND 313. Currently this is the most recent double decker series in service of the Berlin traffic. With almoust 14m length and 310 HP it is quite a dreadnought to speed with through the capital: 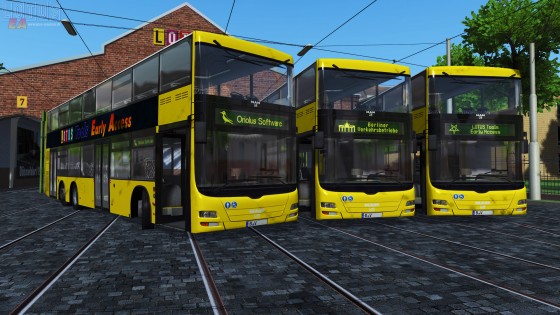 At last, a little prospect to what comes next: 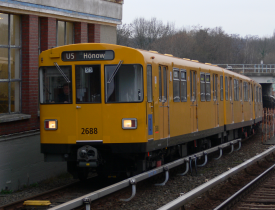 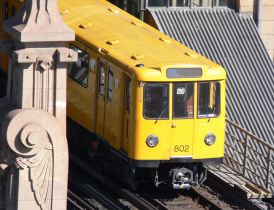 Into the Berlin underground we solemnise a little more classical way - instead of the most recent H and IK class, we create a remembrance for two trains that will disappear from the cityscape soon: The absolute postwar-classical small profile train, the A3(L) and the wide profile train, the more modern F79.