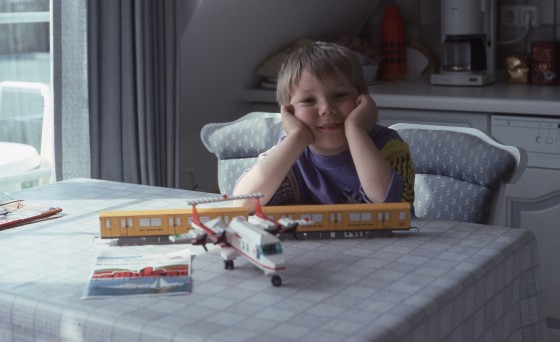 At the beginning were paper-models for self-cut and -glue. And Lego. Lego at Easter, birthday, Christmas and holidays. We are on Sylt in 1990. My grand-parents took some Lego and cardboard modeling sheets on the island.

But only assembling the models isn't enough. I wanted my favourite plane made of Lego and a driving subway train! So I just created the BN-2 islander with my Lego and placed the cardboard subway on the bogies of my Lego train with transformer. My whole child's room back then was a great multifunction simulator with tracks, stations, busses, airport, planes and everything the heart demands. Back then I lived directly near the subway U7, Spandau end. At this time my school busses were SDs....

Actually we could stop the story at this point, since everything that follows now is no longer a surprise. But noooo, I'm curious by myself what else I can reveal from my past.

A little more than 20 years ago, I convinced my parents to our first computer. A Packard Bell J179 with 166 MHz processor and 2 GB harddrive. Appropriately at the birthday a few days later: Microsoft Flight Simulator 1995. The good thing about it: Import your own models! 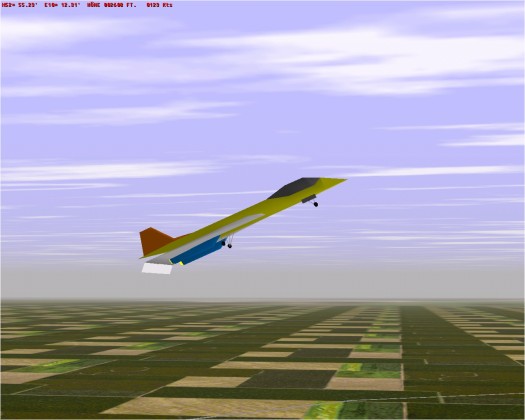 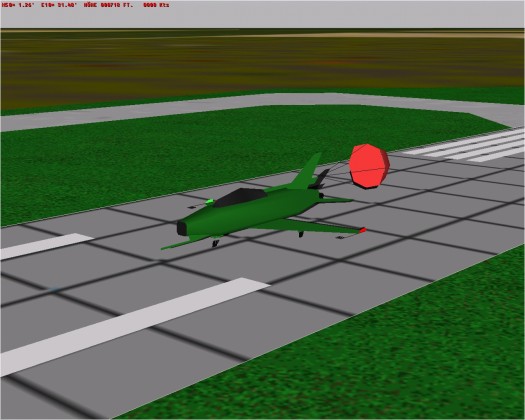 But of course it would not take long to wait for the first Islander: 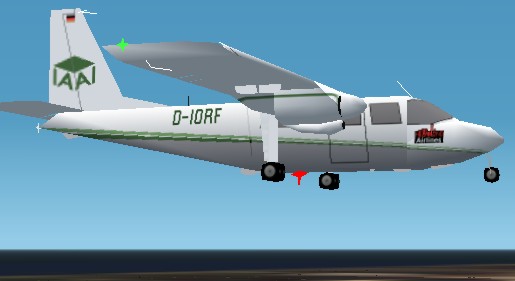 The essential improvements of the third generation of Flight Simulator mainly concerned the opportunities to create more complex scenery and more realistic models. 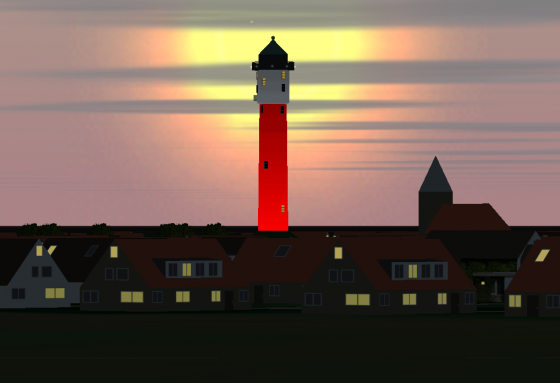 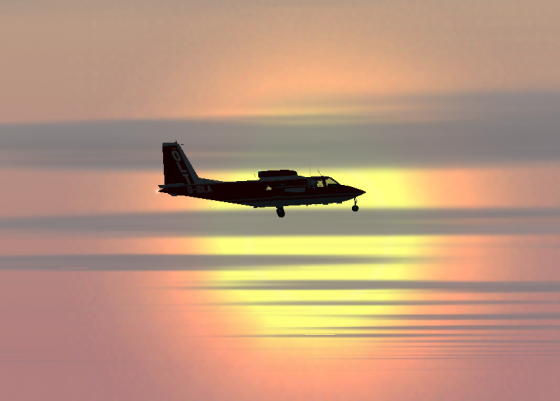 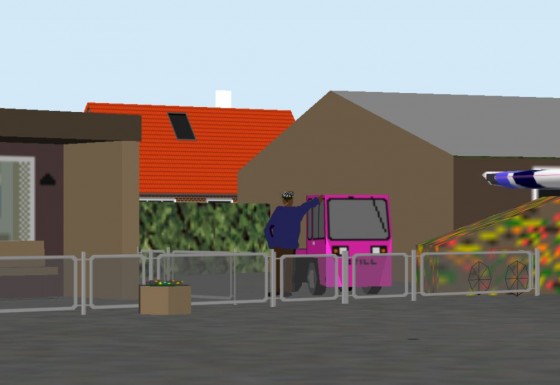 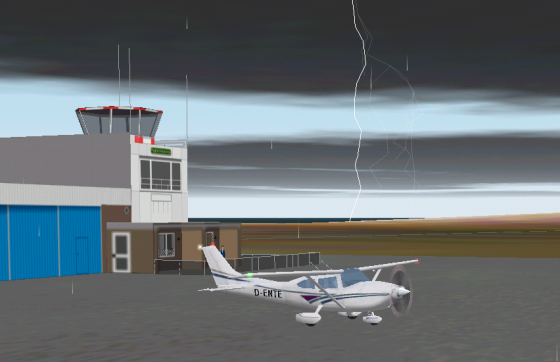 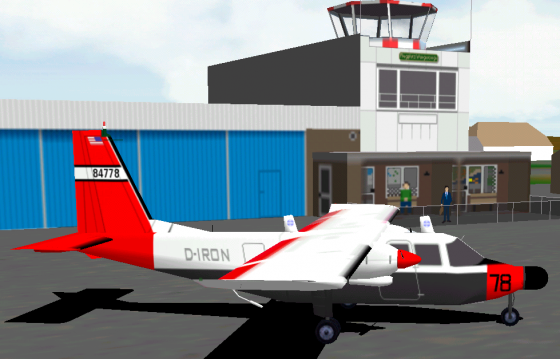 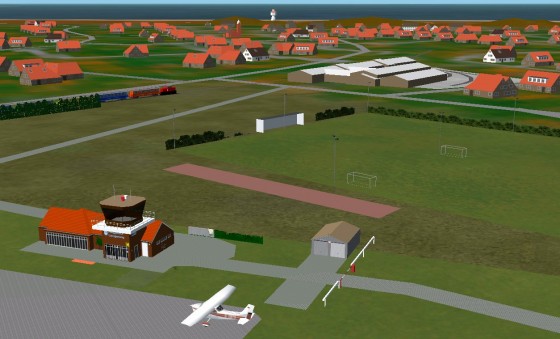 In the year 2001 the MSTS was released. It was able to import own models as well, and of course I had to try it: 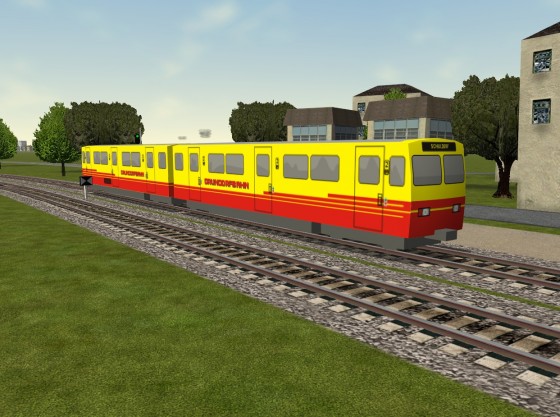 By the way, a little hard to read, this is the Grundorf train, an idea from the 1997 concepted Grundorf simulator: A bus & train simulator, which attaches to the Microsoft Flight Simulator, containing destination displays, door control, multiplayer and of course the import of own vehicles...

In 2003 I developed the first subway route for the MSTS - the Berlin line U2. Track-layout, stations and train model have been quite rudimentary: 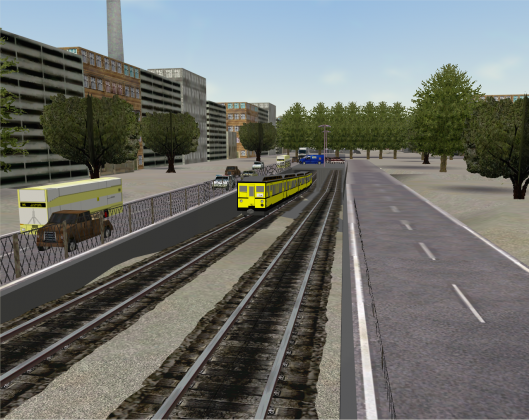 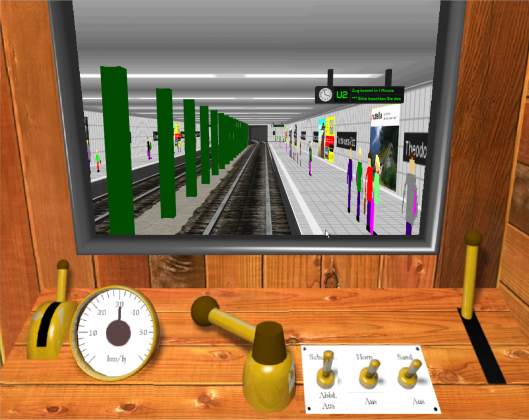 2005, for the first time the real U7 came into being for the TRS 2004, which allowed realistic tunnels, trains and signals. 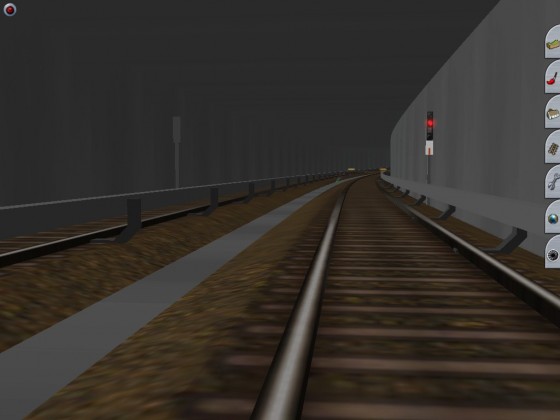 With increasing experience the quality of the U7 improves as well: 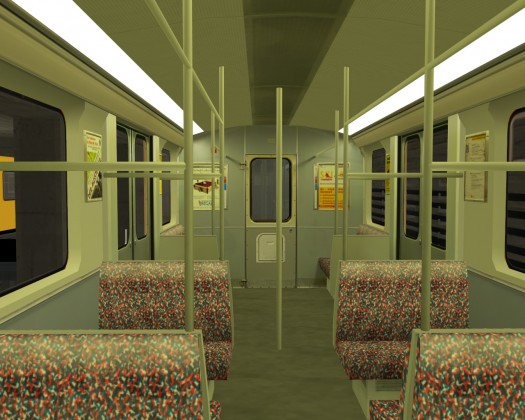 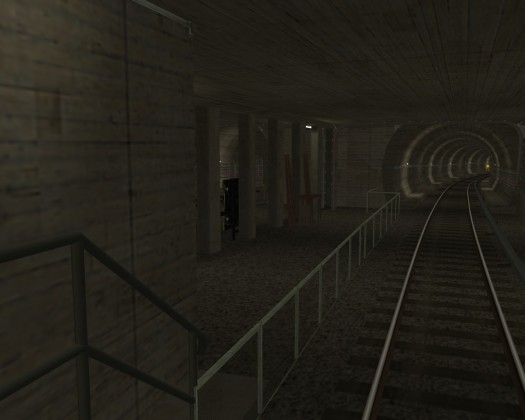 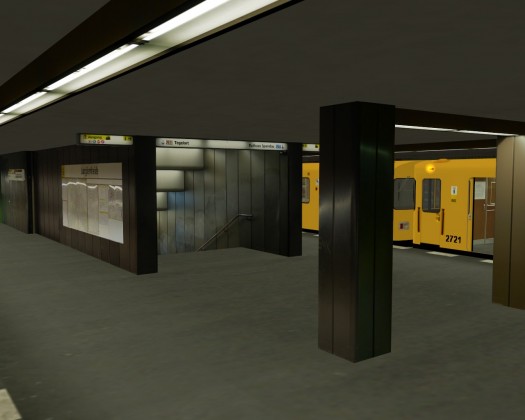 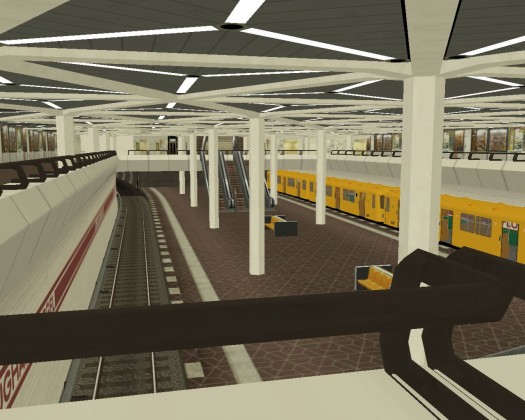 Visibles: F76 and F79 on the U7. In addition: A fictional extension to the subway from Jungfernheide to Tegelort, here to see: Subway station Tegel Airport!

With the quantum leap in quality of the flight simulator models, in 2006 I was - again - on my way in Wangerooge: 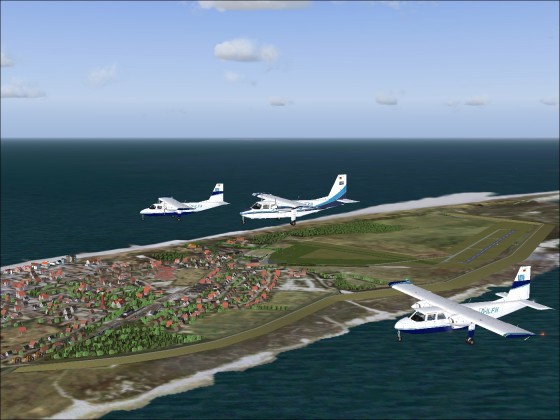 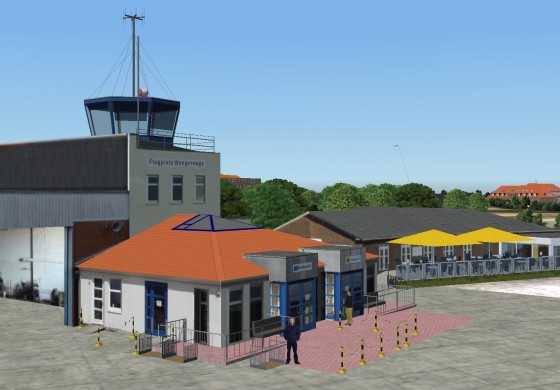 My collaboration for the FSX addons Helgoland and Inselhüpfen (German Airfields 1) established my first experiences in the commercial area. 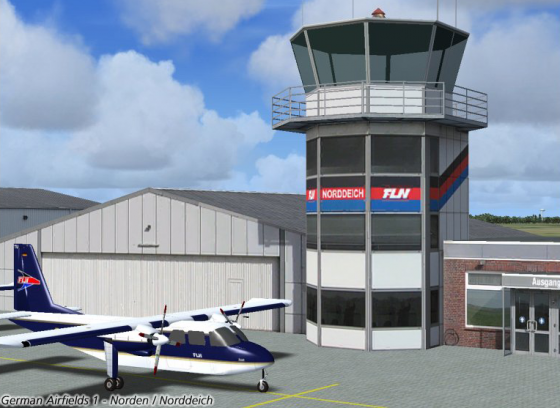 During the same year the very first experiments in the first own 3D game took place: The development of OMSI began. 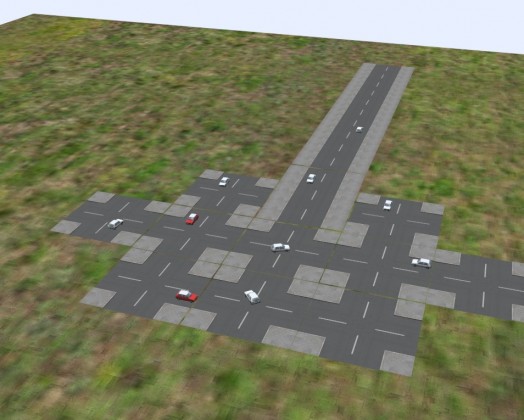 In 2011, for the first time OMSI was salable and started as the first addon-able bus simulator to get off to a flying start. 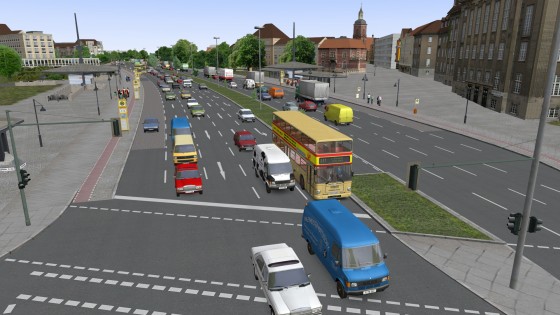 The capabilities of bus simulation were not already exhausted, which is why the development of the successor, OMSI 2, containing articulated bus support and many more improvements, already began. In the end of 2013, even its development was finished at first and OMSI 2 grew to a world wide success. A huge community is continuously developing vehicles, maps and mods for OMSI 2, which can be downloaded and played by everybody - until today! 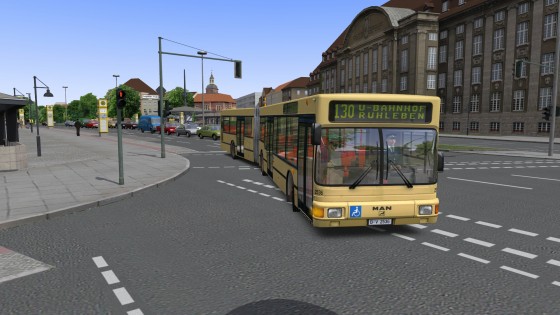 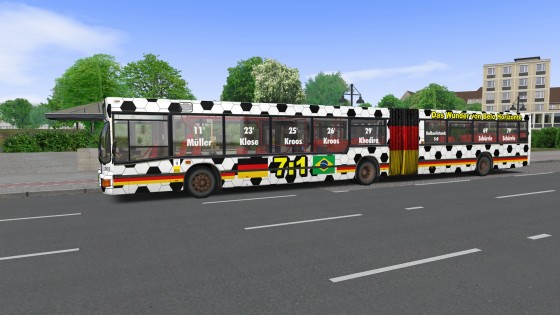 In 2014, I founded the Oriolus Software GmbH together with Janine, who joined the team during development of OMSI 2. Together we declarated our aim to transpose the basic idea of OMSI to the very first public transport simulator. We want the bus-, train- and flight simulator - and we just develop it on our own.

Therefore a complete redevelopment from the scratch was necessary, at which we are working until today.

LOTUS will be great. It already addicts us and it shall be our big project for many years. 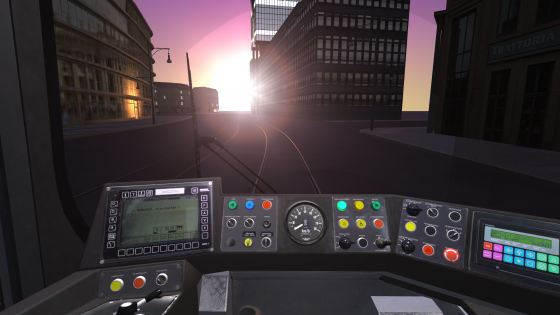